Four Generations and over 80 Years of Fine Jewellery Heritage

Over 80 Years of Fine Jewellery

Coopers Jewellers, purveyors of fine jewellery, are a traditional family business founded on four generations of craftmanship, skill and knowledge.

The company was founded in 1952 by Fred C Bush (Simon’s Grandfather) in Dulwich in 1938 who opened his first Sussex branch in Shoreham in 1952. This was taken over by the next generation, Sally and Keith Cooper in 1974 and expanded to include branches in Hove, Worthing, Horsham, Littlehampton, Chichester, Brighton and most recently Southwick where we are now based. 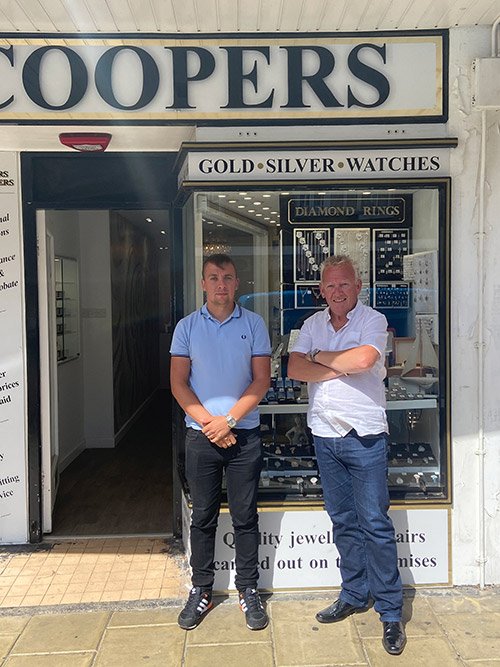 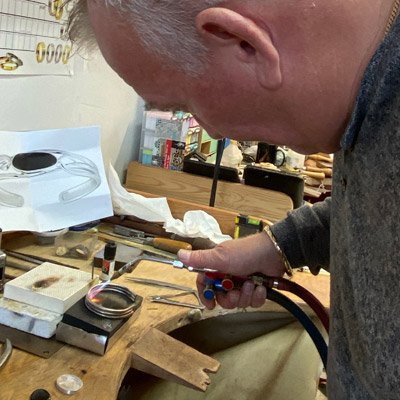 A third generation master jeweller, Simon, who trained as a diamond mounter manufacturer doing his apprenticeship with David Morris Jewellers in London’s West End and attended the Sir John Cass School of Art.

The fourth generation to join the family business is Oliver Cooper. From the age of just 16, Ollie began his apprenticeship at Goldfinger Rings in London’s famed Hatton Garden, carefully learning the jewellery trade.

Together Simon and Ollie offer extensive knowledge of the industry, top quality craftmanship in manufacturing and repair and friendly personal service that keep our customers returning again and again. 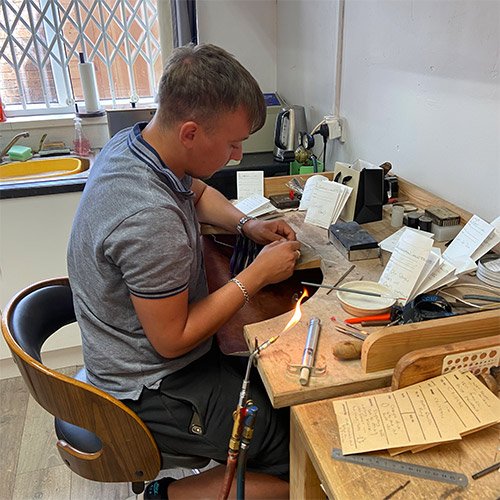 We offer a valuation service for insurance or probate purposes and purchase all items of jewellery, curios and antiques.

We offer a fully equipped professional repair service and cleaning for most items of jewellery and watches.